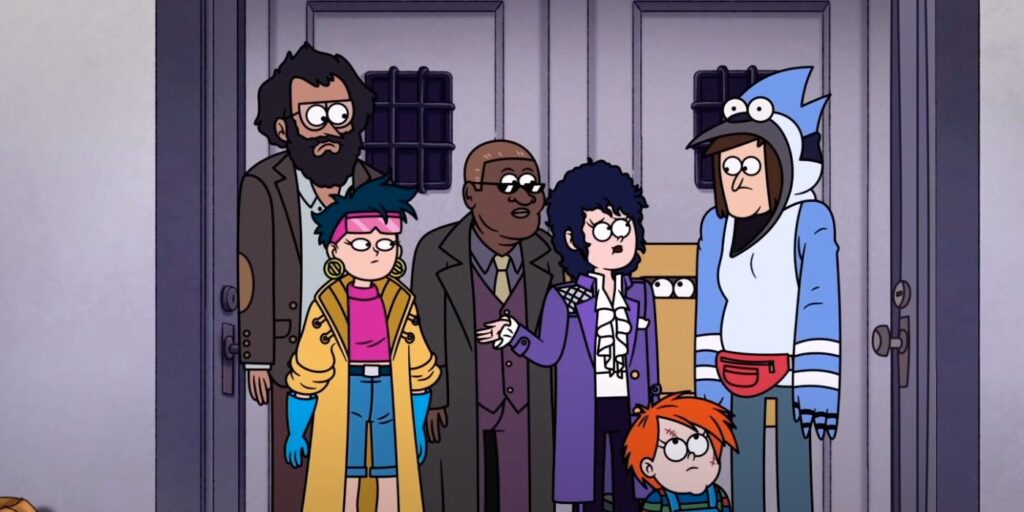 Recently, HBO Max debuted the third season of their original series “Close Enough”, which first premiered in summer 2020. I reviewed its second season when it first debuted last spring, and wrote about how much I loved its creative, quirky stories, and compared it to “Regular Show”, one of creator J.G. Quintel’s older projects from Cartoon Network.

As a refresher: “Close Enough” is an adult animated series follows Josh (J.G. Quintel) and Emily (Gabrielle Walsh), a couple in their early thirties who live in a Los Angeles duplex with their 6-year-old daughter Candice (Jessica DiCicco). It’s no ordinary living arrangement, as they are joined by their divorced friends Alex (Jason Mantzoukas) and Bridgette (Kimiko Glenn), in addition to their landlord Pearle (Danielle Brooks) and her son Randy (James Adomian). Each episode features one of the residents experiencing a small problem that escalates into large-scale, often supernatural situations. I’m talking things like Josh and Emily hosting an adult party in the garage during Candice’s birthday party, but then a magician whisks them away to an alternate dimension to teach them about being there for their daughter.

Over-the-top, surreal plotlines continue in “Close Enough’s” new season. My favorite episode from season 3 was “Candice Candice Revolution”. In this episode, Candice decides rules are meant to be broken after being served pancakes for dinner, and then proceeds to turn her whole elementary school upside down. With her classmates causing complete chaos, it’s reminiscent of “Lord of the Flies”: they’ve constructed a giant baking soda/vinegar volcano, lit things on fire, and tied up their teacher so he can’t stop them. It’s absolutely wild, and it all started when Candice experienced the magic of breakfast for dinner.

I know the show is about the adults, but I love Candice. Her excitable, impressionable nature makes for some pretty wacky stories; she’s only six, so she’s still at that age where nothing is impossible. Even if the episode doesn’t focus on her, she’s still an important character, and not some little kid who’s just kinda there. Candice adds a lot of heart to the show; take, for example, the second segment of episode 5, called “The Weird Kid”. In this episode, Emily feels like Candice is drifting away from her, and the next morning she wakes up as a 6-year-old, and befriends Candice as she pretends to be a new student at her school. Even though it’s a sci-fi-esque story, it’s wholesome and has a lot of humanity behind it; it’s a dilemma that’s sure to hit home for thirtysomethings, who, like Emily, might have kids of their own who they’re having trouble relating to.

Just like in the previous seasons, each episode is about 23 minutes long, and there’s only 8 of them. It’s an easy binge, clocking in at about 3 hours. And if you haven’t watched the first two seasons, you can spread it out over a few days. Or if you’re feeling particularly bold, you can get comfy on the couch and watch the entire series in 9 hours!

I loved the new season of “Close Enough”! It was worth the wait, and didn’t disappoint with even more crazy stories. However, as surreal as it is, the show is authentic. All the absurd misadventures the duplex residents get roped into stem from relatable young adult dilemmas, like family and work problems. It’s been renewed for season 4, which doesn’t have a release date yet.