by Emily Nagle Known for his work on “Justice League” and “Watchmen“, director, producer, and writer Zack Snyder’s next project is set in outer space. The sci-fi epic titled “Rebel Moon” will premiere exclusively on Netflix. Snyder originally pitched “Rebel Moon” to Lucasfilm ten years ago, originally intending for it to be a “Star Wars” […]

“Seinfeld” To Leave Hulu on June 23

by Emily Nagle The show about nothing is leaving Hulu this month. One of the most-watched sitcoms of all time, “Seinfeld” will be migrating to Netflix as a result of a deal made in September 2019. What’s so special about this deal? With this agreement, Netflix has global streaming rights to the show, and for […] 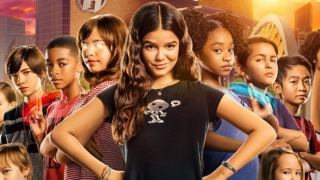 by Emily Nagle “We Can Be Heroes” released on Netflix on Christmas, and quickly became the number one film on Netflix that weekend. Not even a month after its release, Netflix announced that it would receive a sequel. Nearly six months later, it’s still in the platform’s Top 10, and even though it’s clearly made […]

by Emily Nagle Recently when I was scrolling through Netflix, I got “Kid Cosmic” recommended to me, and when I saw it was made by Craig McCracken – the creator of some of my childhood favorites such as “The Powerpuff Girls” and “Foster’s Home for Imaginary Friends” – I was all in. “Kid Cosmic” is […]

by Emily Nagle As coronavirus vaccines roll out across the globe and filming slowly resumes, Netflix has revealed that it will spend $17 billion on content in 2021. The plan was disclosed in the streaming company’s first-quarter financial report. Netflix reported a drop in new subscribers in the first few months of 2021 due to […] 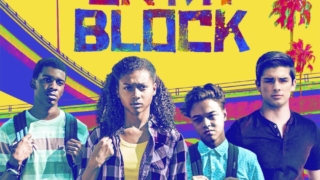 “On My Block” Renewed for 4th and Final Season on Netflix

by Emily Nagle Variety has officially confirmed that Netflix’s On My Block has been renewed for a fourth and final season. The show was created by Lauren Iungerich, Eddie Gonzalez, and Jeremy Halt, and stars Sierra Capri, Jason Genao, Brett Gray, and Diego Tinoco. On My Block follows four teens living in a rough South […]

01
Long Weekend Box Office: October 8-11, 2021
02
Timothée Chalamet Reveals First Look as Young Willy Wonka
03
The Many Ain’ts Of The Many Saints Of Newark