Why Exactly Did Sacha Baron Cohen Revive The Borat Character? 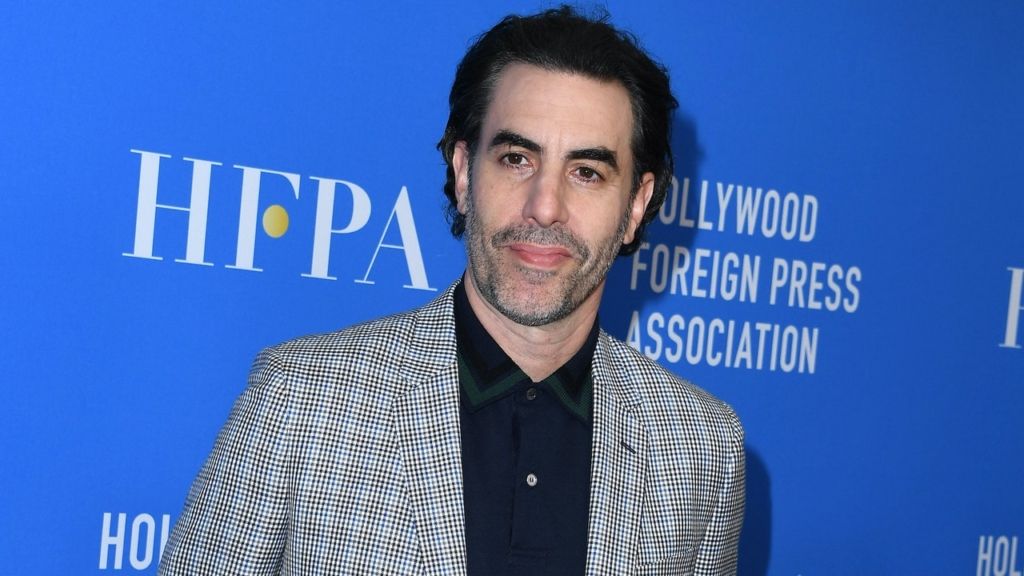 There are many memorable movies and characters from said movies that have been prevalent over the years, but none so much as ones which feature Sacha Baron Cohen. Cohen’s existence within the movie industry has been pervasive since he first started with roles that existed solely for the purpose of messing with people while giving sometimes scathing criticisms through his work. Cohen has become well known over the years for the fact that he works on mockumentary movies that often times exist solely to poke fun at politics and the state of the nation in general. Cohen’s movies are often based around the United States in some fashion and they are based on the fact that there are countless problems among both the government and the general populace at large. This all began, by the way, with ‘Ali G Indahouse‘ where he actually focuses on Great Britain.

After he played the character of Ali G, he would move onto the United States instead of Great Britain afterwards when he made the movie ‘Borat.’ The point of said film was mostly just to point out all of the issues that were being faced in the United States at the time in a way that would be simple enough for people to understand. While it was mostly satirical, there were a lot of problems which had arisen from the movie, such as the fact that people didn’t exactly like the idea of being put on screen looking like idiots. The main driving force behind the movies that Cohen does is that he essentially tricks people by pretending to be these outlandish characters, but the reactions that he gets from the public are pretty much genuine reactions. Whatever someone says or does in those movies is usually unscripted and comes straight from the mouths and bodies of the people being shown on screen. As people, these reactions are completely legitimate and unscripted and people don’t like being portrayed that way since it makes them look dumb.

Unfortunately for those who look a fool on the big screen in Cohen’s movies, there is no way to change the fact that they are who they are and this is what he and his producers hoped for while making the films. What they strived for was to show just what the world is like and how people functionally think and act on a regular basis while showing what is wrong with the nation. This is why so many people took to the movie and the characters, because they were something for us to understand, and while we laughed at them, we also got a glimpse at the world we would probably never see otherwise. The shenanigans would only end up going on for so long though because Cohen gave up the act of going out in disguises and trying to trick people after he worked on the movie ‘Brüno.’ While people were upset that they wouldn’t get to see Cohen in those roles anymore, there was a solid reason for why he stopped doing it.

‘Brüno’ was a film where Cohen went in the same style he usually did, making sure to follow the mockumentary style to give incredibly frank interviews while simultaneously engaging in extremely over-the-top public displays of homosexuality. While playing the Austrian television reporter, he finally reached a tipping point where things got way too out of hand for him because his anxiety started spiraling out of control. As it turns out, despite how he portrays his characters on screen, he is a very neurotic man who can’t handle things like what he portrays on screen for very long. According to Seth Rogan, a friend of Cohen’s, “He’s a neurotic Jewish guy when you get down to it, and the fact that he has chosen a line of work where he genuinely puts himself in danger doesn’t add up.” This just goes to show how much he dedicates himself to his craft and tries to make something that will make some kind of difference.

After his work on ‘Brüno,’ Cohen admitted that for the months to follow, he couldn’t even live his life normally because every time he heard a noise, he would think there were police sirens. His everyday life became more hectic because he couldn’t stop thinking of the danger he put himself into with those movies and thus he hung up his metaphorical hat and decided that he would stick to making films on sets instead of trying to make something more unscripted from the real world. Once the 2016 presidential election rolled around, he decided that this may no longer have been something he wanted to do. He continued work on a variety of projects in studios by doing interviews in-character as one of his original creations, but there was one time where he refused to do so. In November 2019, he appeared at the Anti-Defamation League’s Never Is Now summit as himself where the actor gave a keynote address in which he pinned the blame for the rise in hate crimes and prejudice on Facebook, Twitter, YouTube and other social media platforms. He argued that their refusal to police political ads and take down inaccurate commentaries in the name of free speech turbocharges conspiracy theories and imperils democratic ideals.

Cohen advocated heavily to help stop the spread of disinformation on social media because he felt that such disinformation was the reason why the democratic process was beginning to fail. With so much misinformation available online being presented as fact, there are people everywhere who want nothing more than to create conspiracies that fit their own narrative and start to downplay the democratic process which helped build nations. This is what he wanted to convey, but after this past year, this venture has only become much more difficult for him to achieve because the amount of misinformation to make its way into the world basically exploded because of the pandemic. With everything that was going on during the time of the pandemic and with the rising tensions due to the upcoming elections, Cohen felt it was time to finally bring out his old characters once again. This time, it ended up being Borat who was known for his initial mockumentary about the character.

Cohen felt that it was his duty at that point to bring the character back in an effort to remind people what it means to be a part of a democracy. He went on to play the character once again to show what kind of people are out there in the world at the moment and what they think about what is happening in their nation. In ‘Borat 2,’ he plays the character in his return to America as he felt that the nation was in a lot of trouble with much of the democratic process going out the window and the pandemic wasn’t helping it at all. Thus we ended up getting a film no one really knew was going to exist until it finally released near the end of the year. With that, we got the return of Cohen to the big screen the way he originally did so, even just temporarily with a mockumentary made to make people think about what is wrong with the nation. There are a lot of people that agree that this was probably a good move to make on his part and they are glad that he made this return to the big screen given all that has happened.