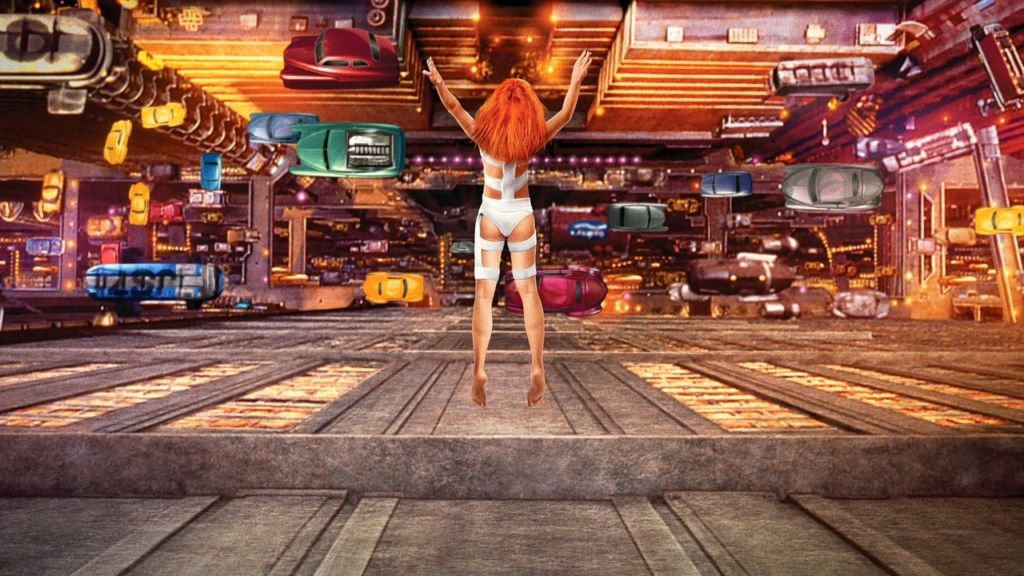 This film review for the beloved science fiction movie ‘The Fifth Element’ is one I look forward to writing. I hope that you will look forward to reading it. ‘The Fifth Element’ is a science fiction film with a story all its own and doesn’t draw from any other science fiction film. However, the film does draw from comic designs but the designers were a part of the films production. Thus, it is a fact that the film is a wholly original film in its own right and definitely deserves respect.

There are many films that I have seen that I didn’t like until second or third viewings. This is not one of those films. ‘The Fifth Element’ was unlike any other science fiction films because of its original designs and plot. I will admit that the plot itself, when it boils down, is just another save the world from evil film. However, this means nothing, as the plot itself has original character design, a colorful cast of characters, and is even interwoven. We get to see things from both sides of the conflict, good and evil.

The setting is a constantly changing setting between the void of space, a polluted Earth, and even on a hovering ship on a planet covered in water. As a complete science fiction nerd, this film is a dream come true. Following the settings are the cast who are comprised of some big name actors like Bruce Willis, Milla Jovovich, and Gary Oldman. This film is full of a ton of characters. Some people only play small roles, but can feel important. Sometimes they can even be important, even with a short role.

This film review for ‘The Fifth Element’ is one that I am happy to write. Anyone who loves science fiction NEEDS to see this film. I don’t just recommend, but implore that you watch it. Also, if you think it is a completely serious film, it isn’t. There is plenty of comedy sprinkled throughout the movie to make it feel less like there is impending doom. Hopefully if you read this, it would influence you into watching it. If you still don’t, that’s fine and you are just missing out. If you want more info to make up your mind, click here.

For a movie that may be similar to this, check out ‘The Hitchhiker’s Guide to the Galaxy.’