Event Horizon: Space Can Be Scary 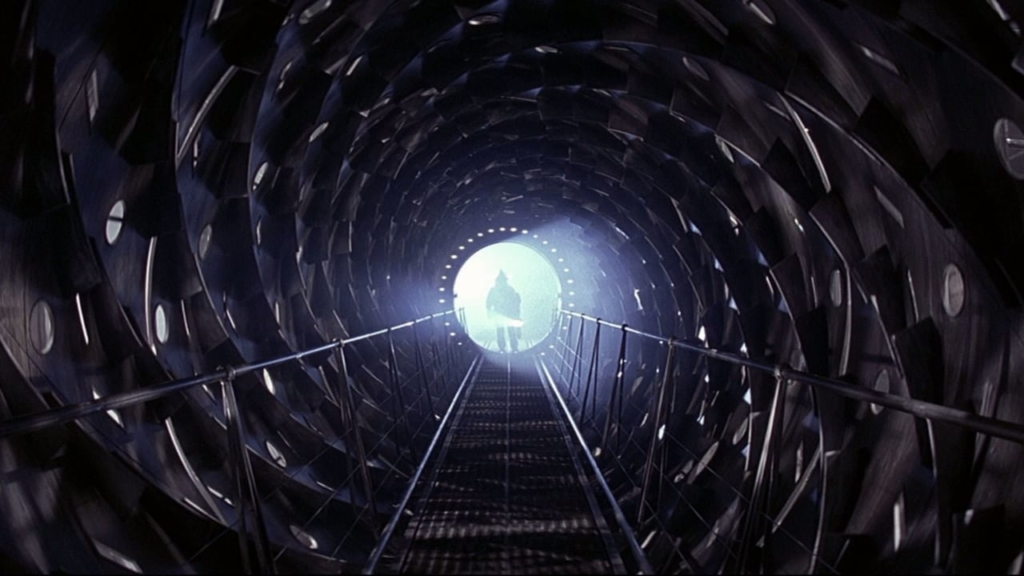 The best way for me to sum up this film is exactly what is in the title of this post. Not just space can be terrifying though; humans, as shown in the film, can be just as scary as well with the things they do or make. The film is just full of horrifying things throughout, and some things are more obvious than others. This film lets you know early on just what type of film it is going to turn into. The film goes from mystery to thriller-horror very quickly and it is just as fantastic as it is terrifying. I can maybe see why the film received average or low scores when it released, but there is definitely a reason for why the film is now considered to be a cult classic film. There are a ton of themes that play throughout, but it seems that religious themes take the first pedestal in that regard. It isn’t something that is just constantly pushed in your face though, so I think that the film avoids being too preachy. It is a great film, and an excellent horror film that I think any horror movie buff should definitely go and watch.