By Kurt Balingit “Spiral”, the latest film in the Saw franchise is this weeks box office winner in a weak week for theater sales. In terms of horror films for 2021, “Spiral”‘s $8.7 million start is still the highest opening week numbers for horror film this year beating The Unholy ($2.35 million) and Separation ($1.8 million). It is also […] 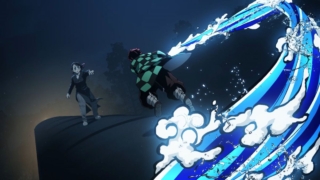 by Emily Nagle This weekend was the most profitable box office weekend for the entire month, with theaters across the United States making a total of $53.9 million due to it being the opening weekend for two films: “Mortal Kombat” and anime “Demon Slayer: Mugen Train.” The new releases ranked #1 and #2 respectively for […]