Ben Affleck Was Almost Not in ‘Mallrats’ 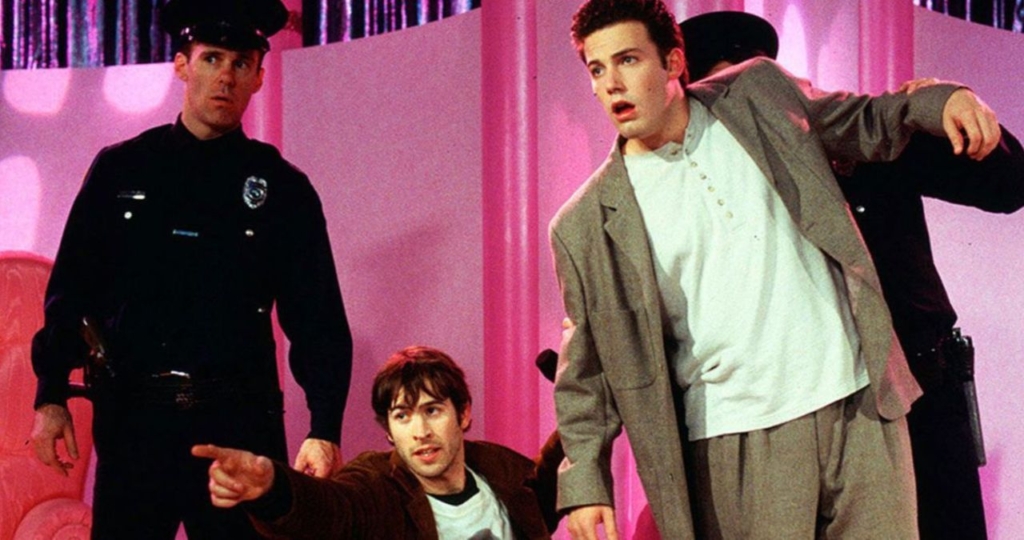 Kevin Smith is an acclaimed indie director who found his place by making a bunch of indie films in the 90’s people fell in love with. There is no doubt in anyone’s mind that his movies from that era will go down as anything other than classics for their time. What makes them so interesting is the fact that, at least for some of them, the movies take everyday situations and give them these big and crazy plots. What is just supposed to be a day at the mall following being broken up with turns into this crescendo of things like taking place on a dating game show after knocking out the other contestants. This is the plot of ‘Mallrats‘ and it is easily one of the most memorable of Smith’s earlier films.

In the ‘Mallrats’ movie, two slackers who were dumped by their girlfriends head to the mall as a way to cope with what just happened to them. They find out once they get there that one of their exes is going to be going on a dating-game style show which will be televised from that mall while the other’s is already dating someone else. That someone else just so happens to be the character of Shannon, a store manager played by Ben Affleck. Interestingly enough, Affleck was not really going to end up being the film because producer Jim Jacks did not want him in it originally. If not for Smith insisting on his being in the film, he would not have been a part of it.

Jacks’ reason for not wanting him in the movie is a pretty silly one in hindsight because the reason was that he saw him in ‘Dazed and Confused‘ and didn’t like his “potty mouth.” Considering how much bad language is thrown around in Smith’s films, it is easy to see why Smith didn’t really care and still felt he served a purpose in the film. His appearances in Smith’s films definitely feel like they made the rest of his career possible and his role in ‘Mallrats’ may have been small, but it was important. Perhaps this time, his role will be expanded a little bit in the upcoming sequel, but that is still a ways off before we actually get the chance to see that happen. Still, it is crazy to think that he may not have been in the film due to acting from another hit film.