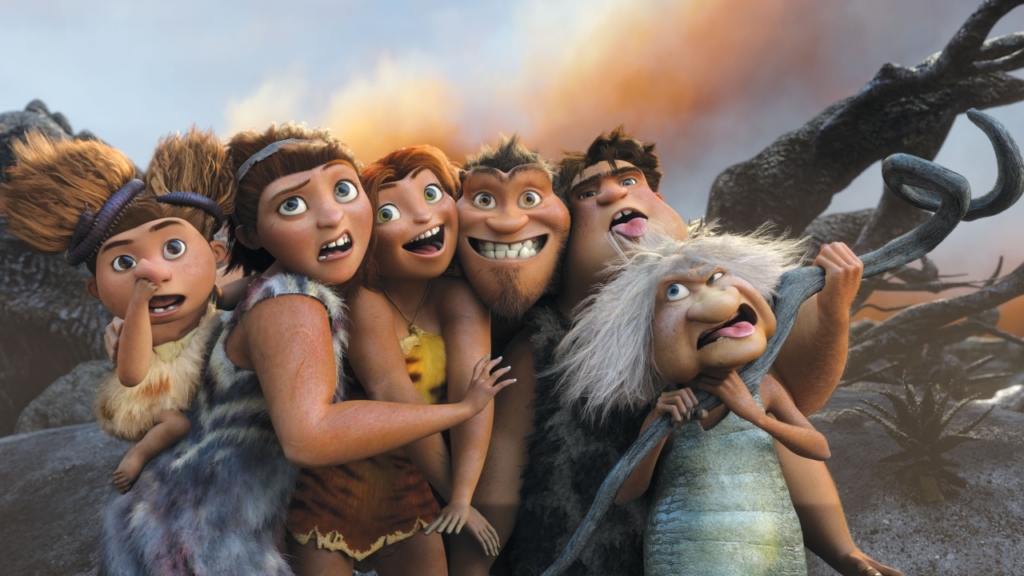 Even normal families have their issues and from time to time manage to cause mayhem wherever they go. So the question must be asked if there are families out there that constantly cause mayhem. The answer, of course, just ends up being a resounding yes to that question and we see that sort of behavior all the time. With that in mind, a studio decided to try and portray that type of family in a prehistoric setting. Thus, we ended up getting the first ‘Croods’ film.

‘The Croods’ gave us a look at a family of cavemen trying to come to terms with the new world around them that they must become accustomed to. What we end up with is a family causing trouble without even trying to because they are figuring the world out. The titular family is very close and they do everything they can to survive while learning about the aspects of survival in the open world. What is meant by that is the family is isolated until a major event opens the world to them. This eventually leads us to what will now be the second film in the series.

‘The Croods 2’ brings the prehistoric family back to the big screen to show us just how important family can be. They also show us just how little we have evolved as a species over the years. Ever since the titular family left their cave, they have been wary of the dangers in the world that was opened to them. What they must now contend with is something they never could have imagined dealing with before. They must now interact with another family while trying to stay together and alive.

‘The Croods 2’ sees the return of actors Nicolas Cage, Emma Stone, Ryan Reynolds, Catherine Keener, Cloris Leachman and Clark Duke. It also sees the welcomed introduction of Leslie Mann and Peter Dinklage to the film’s cast. The film is being directed by Joel Crawford who worked as a story artist for movies like the Kung Fu Panda series of films. The screenplay is written by Kirk DeMicco, Dan Hageman, Kevin Hageman, and Chris Sanders. The movie is currently slated for release in December 2020.