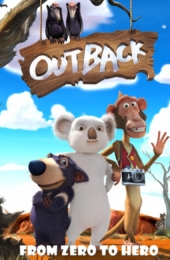 Being teased for his color, Johnny the white koala joins a traveling carnival with Hamish, a Tasmanian devil, and Higgens, a photographer monkey as talent agents. On the way through the Australian outback desert, the trailer they are in comes loose and crashes. Johnny must live up to the hero status Hamish presents him as while the outback locals try to rescue a kidnapped koala from Bog, a giant crocodile and his dingo lackeys.
Run time: 85m Tagline: From Zero to Hero Release: 2012-01-12 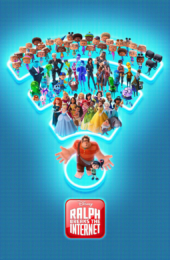 Video game bad guy Ralph and fellow misfit Vanellope von Schweetz must risk it all by traveling to the World Wide Web in search of a replacement part to save Vanellope's video game, "Sugar Rush." In way over their heads, Ralph and Vanellope rely on the citizens of the internet -- the netizens -- to help navigate their way, including an entrepreneur named Yesss, who is the head algorithm and the heart and soul of trend-making site BuzzzTube.
Run time: 112m Tagline: Wreck-It Ralph 2 Release: 2018-11-20 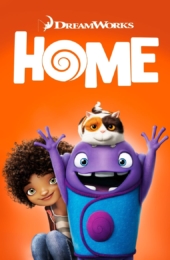 When Earth is taken over by the overly-confident Boov, an alien race in search of a new place to call home, all humans are promptly relocated, while all Boov get busy reorganizing the planet. But when one resourceful girl, Tip, manages to avoid capture, she finds herself the accidental accomplice of a banished Boov named Oh. The two fugitives realize there’s a lot more at stake than intergalactic relations as they embark on the road trip of a lifetime.
Run time: 94m Tagline: Worlds Collide Release: 2015-03-18 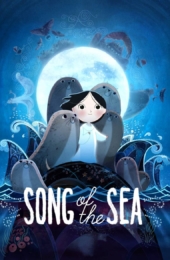 Song of the Sea

The story of the last Seal Child’s journey home. After their mother’s disappearance, Ben and Saoirse are sent to live with Granny in the city. When they resolve to return to their home by the sea, their journey becomes a race against time as they are drawn into a world Ben knows only from his mother’s folktales. But this is no bedtime story; these fairy folk have been in our world far too long. It soon becomes clear to Ben that Saoirse is the key to their survival.
Run time: 93m Tagline: Let the song of the sea sway your heart... Release: 2014-09-06 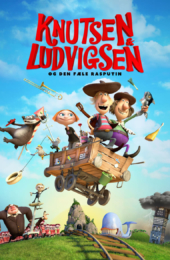 Two Buddies and a Badger 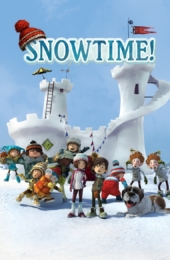 To amuse themselves during the winter school break, the kids in a small village decide to have a massive snowball fight. Luke and Sophie, both 11 years old, become the leaders of the opposing sides. Sophie and her cohort defend an elaborate snow fort against the assault of Luke’s horde. Whichever side occupies the fort at the end of the winter break, wins. But what starts out as pure youthful fun and enthusiasm deteriorates into a more serious conflict. Joy is restored when all the children decide to attack the fort rather than each other and happily destroy every last bit of the snow fort.
Run time: 84m Tagline: War, war, it's not a reason to hurt each other! Release: 2015-11-12 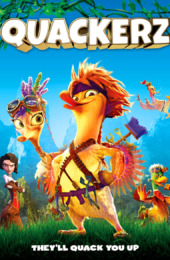 Many years ago, on a faraway island, there lived a Sun Duck who protected his flock from evil powers. The Sun Duck had his loyal guardians who made sure the Sun evenly spread its energy on their flourishing land. The bliss continued until an Evil Witch learned of the Sun Duck's superpowers. She seized the guardians and stole the Sun Duck away for the only sake every living woman would understand: eternal youth and mesmerizing beauty. Today, nobody believes in old legends. Mandarin ducks peacefully reside on their island and abide by the law that prescribes "no flying on the island" and "never leave the island". The Emperor is the only one who knows that the legend is true and that the next generation Sun Duck has been born. He keeps it in strict secrecy, but the Witch also knows that the legend is true and she is coming back for her next victim.
Run time: 81m Tagline: They'll quack you up Release: 2016-02-14 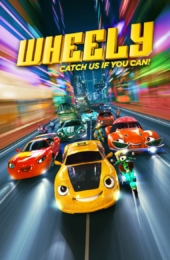 In an imaginary world where vehicles are the citizens, one underdog cabbie attempts to become king of the road in his hometown, Gasket City. He soon discovers that staying true to oneself is a greater pursuit than personal glory. When threatened by elitist attitudes and mobster trucks, can one unglamorous black and yellow ‘local zero’ rise to the challenge and become a ‘global hero’?
Run time: 90m Tagline: Local zero to global hero Release: 2018-08-16 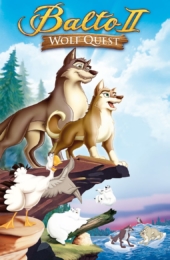 Balto and his daughter Aleu embark on a journey of adventure and self discovery.
Run time: 75m Release: 2002-02-19 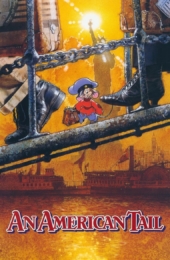 A young mouse named Fievel and his family decide to migrate to America, a "land without cats," at the turn of the 20th century. But somehow, Fievel ends up in the New World alone and must fend off not only the felines he never thought he'd have to deal with again but also the loneliness of being away from home.
Run time: 80m Tagline: Meet Fievel. In his search to find his family, he discovered America. Release: 1986-11-21