Warner Bros. Wanted Joker to Have an Origin Story in ‘The Dark Knight’ 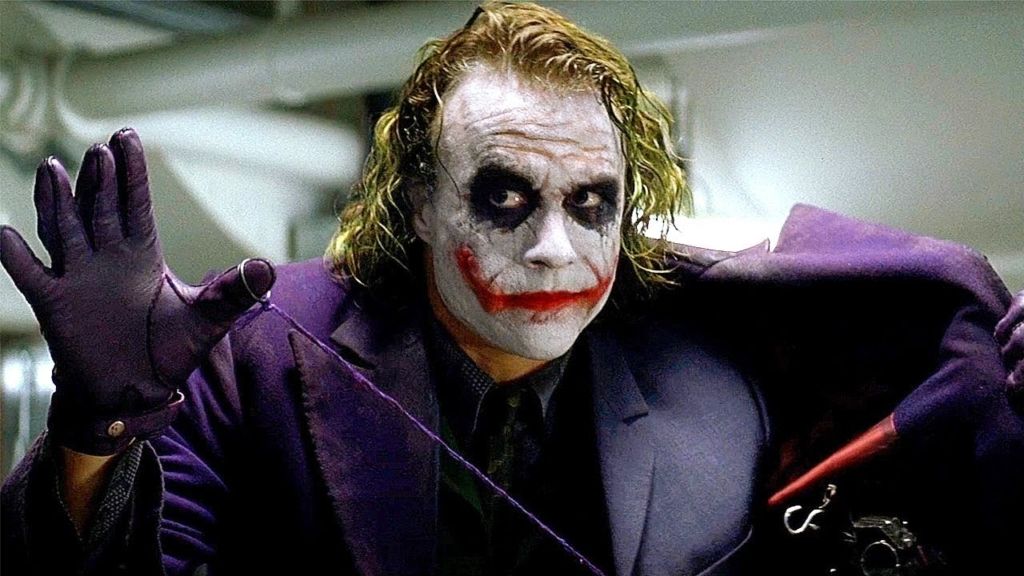 Christopher Nolan is a director who is known for the incredible cinematography seen in a lot of his different films. The thing about Nolan is that, while he thinks up movies that are considered wholly original, he can also make films based on things that are already established and they will turn out great. The ‘Dark Knight‘ trilogy was a set of films that no one expected to be as incredible as it was and they now set a standard for a good set of Batman films. When the first of the three films released, no one knew what it was really about other than it being an origin story for the caped crusader. What we ended up with wasn’t just an origin story, but also a whole film on its own that had woven the two stories together into the climax of the film.

‘Batman Begins‘ was the start of what we now know as ‘The Dark Knight’ trilogy that all takes place in the same universe. The title name of said trilogy is also the title of the second film in the trilogy and it just fits together extremely well with the character. In the first film we got to see the villainous Scarecrow who is an old villain in the Batman universe who we had never seen on screen before. Sharing his spotlight as a villain in movie was another character we haven’t seen on the big screen before which is Ra’s al Ghul who trained the Dark Knight in the first place. In the movie, these characters are given sufficient backstory that makes you understand them all a bit more. In the next two films we see the same things happen to other villains such as Two-Face (Harvey Dent), Bain, and Talia al Ghul, the daughter of Ra’s al Ghul.

The aforementioned characters were all given a spotlight in their respective films and they were given sufficient backstory to make people understand their motivations. One villain that was introduced in the second film, ‘The Dark Knight,’ who has actually appeared in a film before was The Joker. He easily stole the show in the film and set up the events of everything that would happen, including the “creation” of the character Two-Face. What sets him apart from other characters in the film is the fact that his backstory that he tells people constantly changes and he appears to have no clear motivation for some endgame result. This is very much in-line with the comic book character as he has never had a reliable backstory for people to fall back on, making him even more mysterious in the eyes of the reader, or viewer in this case.

All throughout ‘The Dark Knight,’ The Joker is just trying to create as much chaos as possible in the city in order to entertain himself. As already stated, The Joker gives multiple characters differing stories about how he ended up being the way that he is, but none of those stories are credible. His backstory is meant to be ambiguous in order to make him more menacing and dangerous, and if he did have a proper backstory, then the portrayal of him in the film just wouldn’t be as strong as it is. Warner Bros., in the form of slight studio interference, wanted to include a backstory for him as revealed by ‘Dark Knight’ co-writer David S. Goyer during Comic-Con @ Home. Warner eventually gave up when the writers pushed out the idea that maybe he doesn’t need to have an origin story. Thus we ended up with what is now considered one of, if not, the best portrayal(s) of the character to grace the big screen.